Prime Minister Justin Trudeau recently announced that there would be a national “floor price” on carbon emissions. This would require all provinces and territories to have some form of carbon pricing by 2018. An article published by Canadian Manufacturing answers some questions Canadians might have regarding this announcement. 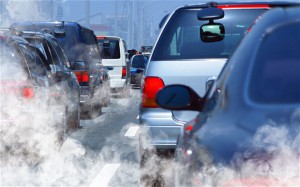 Why do we need a carbon tax? Putting a price on carbon emissions is meant to entice companies and consumers to reduce their emissions in order to save money. If they have to pay for it, it is likely they will look for ways to emit less carbon. The price on carbon can come in the form of a levy or a tax. The federal government has set a minimum $10 per tonne of CO2 for all provinces and territories for 2018. Another option is a more indirect cap-and-trade system. This system is currently used by Quebec and Ontario.

British Columbia has had a carbon tax since 2008. It now stands at $30 per tonne.

Alberta announced last year that it will have a $20 per tonne carbon levy in place by next year and will raise it to $30 a tonne in 2018. In both Alberta and BC, the carbon tax applies to gasoline, diesel, natural gas and propane. Provinces that have implemented carbon taxes get to keep that revenue and spend it how they choose.

“Alberta is expected to raise $9.6 billion over 5 years with the carbon tax,” said Chris Vilcsak of Solution 105 Consulting. “The government is spending one-third of this on rebates for low and middle income Albertans and reducing taxes for small businesses, but this revenue should be used to implement more energy efficiency measures. Otherwise, there will be no changes in behavior.”

Vilcsak said that Alberta is only spending 10 percent of the remaining $6.4 billion on energy efficiency programs and that the majority of any tax should be directed towards a program supporting energy efficiency initiatives. If done this way, the money is handed back to the people who make energy efficiency improvements, which lowers their ongoing usage and cost. Once the program has been in place for a couple of years, it can be closed and the tax reduced or eliminated.

“I suggest the vast majority of the tax proceeds should go towards helping people and companies reduce their energy usage,” said Vilcsak. “This makes everyone more efficient and take us in the right direction for actually achieving emission reduction goals. Handing money back to people based solely on income achieves nothing besides buying votes.”

What do you think?

Learn more about carbon pricing in the article “5 Things to Know About Trudeau’s Carbon Price“.