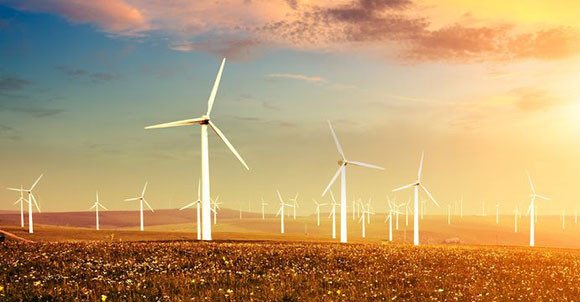 Alberta’s new Premier Jim Prentice has taken an active approach to Alberta’s energy issues. According to an article published in the Financial Post’s FP Comment he has been commenting on using renewable energy sources such as wind and solar power using a wind or solar power company, to replace Alberta’s coal-fired electrical generation.

This nnts that some Albertans are fearful of a government-mandated investment of these energy options at the expense of taxpayers and ratepayers have been spreading, specifically over the internet.

The same article contained information taken from the U.S.Energy Information Administration estimated the cost of generating new coal power at $96/MWh, natural gaas at about $65/MWh, solar (photovoltaic) at about $130/MWh, and solar (thermal) at $243/MWh.

“These numbers have some hidden assumptions in them, “commented Chris Vilcsak, President and CEO for Solution 105. “For instance, the cost shown for coal generation includes the cost for Carbon Capture and Storage (CCS), which is extremely costly and really not worth the money required and yet Alberta continues to spend on this uneconomic project for PR and to support the coal plant generation companies.”

Vilcsak also commented that about $2 billion committed on CCS so far.

The article continued to press the cost of switching to renewable energy sources, comparing it to an unsuccessful switch made in Ontario, and the great cost it would be for Albertans. The author, Kenneth Green, Senior Director of the Natural Resource Policy, Fraser Institue, believes that the province should continue to use existing technologies to retrofit aging coal plants instead of investing in the renewable switch.

“Premier Prentice’s rhetoric about doing more to reduce greenhouse gas emissions is understandable, and his stated aversion to unilateral Canadian greenhouse gas controls, or dubious carbon-capture schemes, is laudable, but his focus on government promotion of renewables is misplaced. With the cost of gas-fired generation projected to be cheaper than coal out to 2040, it’s logical to expect that as coal plants age beyond their useful life, they will be replaced or retrofitted to burn natural gas. That will affordably and naturally reduce provincial greenhouse gas emissions as well.” (Source: Financial Post)

Alberta’s Premier responded with this: 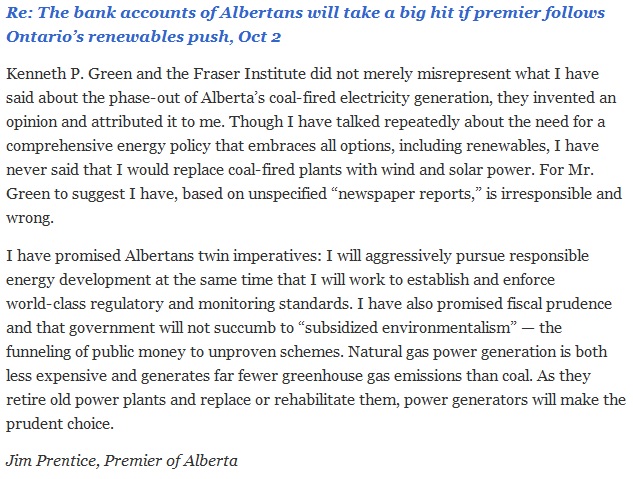